Who is Salle? Salle who is popularly known as the 17 years-old talented street hawker is one of the fast-rising musicians in Nigeria. Call Me Salle or Salle is a popular Nigerian singer and songwriter with a melodious voice whose video of her singing while hawking trends on social media in September 2021.

The 17-year-old artist who is based in Imo state usually hawks to support her parents before her fame. After being posted by Tunde Ednut and recognized by many Nigerians. She is allegedly rumored to have been contacted by Rihanna for possible music collaborations as well as many other top music executives in Nigeria who wish to sign her.

Salle is set to release her EP album “Call Me Salle” which consists of many singles like “Rebel”, “Magical”, and so on.

To cut the introduction short we will like to take you through Salle profile so you can know beifly who Singer Salle is.

Now that you know little about Salle you definitely will be interested in knowing more, continue reading Salle’s net worth and biography to learn more about the fast-rising musicians and her career.

Kosisochuckwu Gospel Peters who is professionally known as Salle or Call Me Salle was born in 2004. The Nigerian upcoming musician and songwriter hail from Owerri in Imo State, Nigeria. Details about her parents are unknown although it was gathered that she was raised in a Catholic way.

Salle followed her parents to the church where she attended masses and joined the choir at an early age. She found passion in singing through choir where she was a lead vocalist. Also, she started exploring other genres apart from gospel while composing new songs on her own.

Concerning her education, there is only a little information about it. She was said to have started schooling from Creche at 2 years old until she graduated from a high school in Owerri with good grades. Due to her parent’s situation, Salle had to start hawking to support the family.

Before she was popular, Salle was always singing in the church as well as attending music shows. It was during one of her street hawking while singing that her melodious voice was discovered. It happened that some persons who find her voice melodious recorded her while singing which she uploaded on social media.

In September 2021, this same video of her singing with a hawking tray was trending online. This was after the video was reposted by Tunde Ednut, a popular Instagram blogger. The video was said to have generated over 5,000 views. Since then Salle has been recognized by a lot of Nigerians who were amazed by her talent and unique voice. This prompted her to sign a deal with a local management company that takes it upon itself to represent her as a brand.

Not only that, Salle was supported and reached out to by many top musicians and executives like Don Jazzy and Davido. The Mavin record label CEO was said to have made effort to sign her and train her to become a professional artist while sharing platform with other big stars like Ayra Starr, Rema, Crayon, and others. Also, another popular record label called Chocolate City has shown interest in signing the talented street hawker.

Although no label has been able to sign her, the talented female artist has been making use of her fame wisely. She has been spotted working in studios and she is set to release her debut EP soon which is titled “Call Me Salle”. Some of the songs in the soon-to-be-released album include ‘Rebel’, ‘Magician’, and so on.

Furthermore, the fast-rising female artist was rumored to have been contacted by Rihanna for a music project and another famous CNN reporter, Christiane Amanpour for an interview. Although none of this is yet to be confirmed.

During one of her interviews with a media newspaper, Salle was said to have mentioned that she would love to work with Wande Coal as she loves how he sings. Also, she made mentioned how Wizkid inspires him and how she can wait to work with him.

Who is Salle Boyfriend? The young singer is lovable, attractive, sexy and alluring, Salle is a light-skinned 17 years old with dreadlocks who came from a humble home. From her story, she is known to be hard-working and optimistic.

Concerning her relationship, the talented street hawker and singer as popularly referred to is single and currently not in any relationship so in case you have been asking the question “Who is Salle dating” now you know she is single. She is currently focused on making music that sweet and appeals to the soul.

Video of How Salle Was Discovered

Bellow is the Video that brought Salle to her limelight; 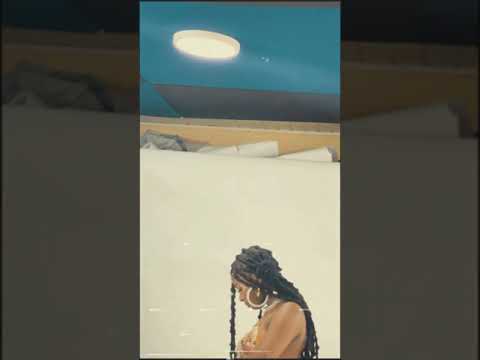 Within a month of her fame, Salle has been able to build huge followers on all her social media accounts. Salle biography and net worth wouldnt have been so dope when her fans can’t reach her, do you want to stay in contact with the talented and young female artist, you can follow her on any of her account pages.

What is Salle’s real name?

Who is Salle’s musician?

Salle is one of the fast-rising Nigerian musicians and singers who recently became popular after a video of her singing during hawking was seen online.

Although many music record label like Chocolate City, Mavin Records by Don Jazzy and others has shown interest in signing her. Salle is yet to be signed by any record label.

Who is Salle, Nigerian Hawker?

Call Me Salle or Salle is popularly known as a talented Nigerian street hawker with a melodious voice. She rose to the limelight after her video surfaced online where she was seen singing with a hawking tray.

What are Salle’s new songs?

Salle is currently working hard in a studio to release her debut EP titled ‘Call Me Salle’. Some of which includes song like ‘Rebel’, Magical’ and so on.

What is the relationship between Salle and Rihanna?

After trending online for her melodious voice, Salle was reported to have been called by Rihanna for a possible music project. Some alleged it to be a rumor and false, although none of this is confirmed yet.

Who is Salle dating?

Salle is currently single and is determined to be focused on her career.

Who is Salle boyfriend?

The beautiful singer Salle does not have a boyfriend yet.