There are some types of narratives that are culturally linked to the geography itself. Spy stories, for example, send us to the United States immediately. Little from British tales, Latin countries and, in almost all cases, Russia. The characters and methods are very much centered on American codes.

However, no rule book prohibits other cultures from telling stories that drink from these same sources.

Netflix’s Queen Sono is an example of a retransmission of these systematic narratives. It is the first original production of the platform that has 100% African roots, with a cast, team and setting located in South Africa, where the entertainment market seeks growth despite the technical limitations that are real there in an even shocking way.

Queen Sono is a promising series because it was filmed in more than 37 locations, which includes South Africa, Kenya, Nigeria, Zanzibar and – Queen Sono is Africa’s first original screenplay series.

Still, in the middle of 2020, internet access in most of the countries of the continent is problematic and very restricted, which makes investment in streaming a business that depends on a much more panoramic view.

RECOMMENDED: THE 23 BEST DISNEY MOVIES OF ALL TIME – MUST WATCH

Precisely because they need to think about appeal and to win over audiences from other countries, the series’ genetic codes were designed to be recognizable. Even though we are in Africa, even though colors and culture appear, the narrative core of the production was to look for references that would make the series comfortable for everyone.

The espionage issue, in the end, ended up being an amplifying option since, through this concept, they could explore foreign policy, terrorism and territorialism, issues in force in the country and that are related to other parts of the world.

In the story, Queen Sono (Pearl Thusi) is a young spy who brings with her boldness a legacy that weighs on her shoulders every day. She is the daughter of a great revolutionary in the country, a prominent activist who was murdered in mysterious circumstances when Queen was a little girl. All of South Africa celebrates the life of this revolutionary, but Queen herself does not have a positive memory of her mother, though she was kind of too young to remember, or maybe she isn’t really into her mom.

Even so, she wants to discover the actual circumstances of this loss, which, of course, takes the story to a breaking point that begins to involve politics, obscure companies and even the agency where the protagonist works. It is a very typical plot but backed up with caution.

Queen Sonoi is entirely created by Africans, with a mostly African cast and produced on a Netflix budget, “Queen Sono” is undoubtedly a novelty that is likely to attract audiences for just that reason. But in the long run, with a very likely second season – considering the end of the first season – you will need to rely on more than the historic arrival so as to stay relevant and to stand out in a world full of content. 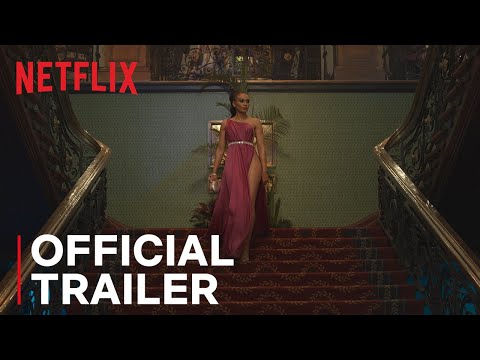 It is clear that if we are talking about a series that will use the codes of the espionage genre, a personal rivalry between Queen and her antagonist is necessary. It is possible to see how the producers thought of these codes in an almost naive way, just think about the construction of the villain Ekaterina Gromova (Kate Liquorish), who is responsible for leading a security company outsourced to the government, but who hides involvement in terrorist activities. Not only is she one of the few white people in the cast, but she also ended up with the most obvious nationality: Russian.

Thus, shamelessly using all the colors of this set of North American references, Queen Sono takes her plot using minimal special effects but taking great care in the physical clashes. The production value is limited, but the scripts get it right, trying to contextualize the plots within the local reality, with patriotism being put into perspective along with government decisions and a terrorist threat.

The dialogues help in the mission, without much inventiveness, only serving an honest and objective purpose. Ekaterina, the Russian villain, threatens the likelihood of her own words at various times, but the series manages to balance the exaggeration.

Queen is undoubtedly ready for every task, running from one African country to another by air, land and sea, cultivating ties, collecting necessary information and driving out some really bad guys, all with a sometimes immaculate style.

African landscapes and the excellent decision to maintain dialogues in the native language give Queen Sono an extra charm.

Queen is skilled with a variety of weapons and remains almost unmatched in hand-to-hand combat. She is beautiful, sensual, efficient and reckless – though she sometimes takes risks that bother her supervisors.

Zulu, Afrikaans and Swahili are spoken in communion with English, which can also be commonly heard in South Africa. The cast is all very correct and Pearl Thusi reaches out to a strong and vulnerable protagonist, as the story progresses and losses and limits are accumulating.

There are also frequent sequences of fights, shootings and chases in cars, motorcycles and on foot – enough to satisfy ordinary espionage fans. However, they are not always carried out convincingly or in style. It’s all standard spy suspense stuff, but less of a huge budget for Hollywood studios.

There is a valid hook for a second season and, even if carried by a not very original identity, the series deserves our attention and a vote of confidence. Queen Sono is not memorable, but it is a sincere and worthy kick-off.

It is certainly a pretty remarkable start, but there is a lot of room for improvement with future updates.

Queen Sono Season 1 consists of 6 Episodes packed with entertaining events and a clear picture for view.