Damini Ebunoluwa Ogulu who goes by the stage name “Burna Boy” is a popular Nigerian singer, songwriter, and rapper. Burna Boy has been consistent in his career producing outstanding records that have earned him a reputation among the current top, biggest and most successful African artists.

This has enticed us to compile information about this excelling artist providing all the information you need to know about him including Burna Boy Net Worth 2022 Forbes.

Burna Boy has been consistent in the music industry, rising to become one of the biggest male artists in the Nigerian music industry. Before we discuss further, below is a quick highlight of Burna Boy’s biography.

Burna Boy whose birth name is Damini Ebunoluwa Ogulu was born on the 2nd of July 1991 to Mr. Samuel Ogulu (manager of a welding company in Port Harcourt) and Mrs. Bose Ogulu (a translator). He is the first son of the family. Interestingly, his grandfather, Benson Idonije was once the manager of Fela Kuti, who happens to be Burna Boy’s role model and inspirator to venture into music. His mother, Bose Ogulu was also a dancer for Fela Kuti and eventually became his manager.

Ogulu was raised in Port Harcourt, Rivers in the southern part of Nigeria, although he hails originally from Mbiama, Ahoada West LGA in Rivers state. His educational background includes Corona Secondary School where he had his secondary education in Agbara.

Growing up in the middle of schooling as a young boy, he picked up an interest in music drawing inspiration from Fela Kuti, a famous Nigerian musician, he began making his beats using FruityLoops.

He soon relocated to London where he pursued his college degree education. He studied Media Technology at the University of Sussex, and later fathered by studying Media Communications and Culture at Oxford Brookes University.

However, he didn’t complete his education at Oxford Brookes University, he drooped out in his 2nd year to concentrate fully on his music career which has paid off in the long run.

Burna Boy is a highly popular and well-celebrated music artist in Nigeria and Africa. He has been in the business of producing top-notch music since 2010 and since then he has made a fortune from the art. It is not a surprise that he ranks among the top 10 richest musicians in Nigeria.

Burna Boy’s net worth according to Forbes is estimated to be $17 Million. This is equivalent to ₦7 Billion.

His huge net worth is gotten from sales of music albums, live concerts and music tours, and through monetized social media platforms (i.e., YouTube).

Burna Boy began his music career professionally in 2010 after he returned from the United Kingdom. However, his prominence and dominance in the Nigerian music industry began in 2012 after releasing “Like to Party”, the lead single from his debut studio album L.I.F.E. under his first record label, Aristocrat Records label.

Burna Boy continued to pursue his career by establishing his record label “Spaceship Entertainment” in 2015, and then released his 2nd album “EP Redemption” which also was a hit.

By then, his stardom has preceded Nigeria and he is well known worldwide attracting Bad Habit/Atlantic Records in the United States, and Warner Music Group internationally to sign the artistic and lyrically dynamic artist in 2017.

In 2018, he released his third studio album “Outside” was released on January 2018, and his fourth Studio Album “African Gaint” was released a year after in 2019.

Another interesting news outside of Burna Boy Net Worth is his relationship status. Of course, we know that he is single and hot, and he is yet to get married. But he is not alone because he is in a high-profile relationship with Stefflon Don (28-year-old), an English rapper, singer and songwriter. The duo has been seeing each other since early 2019.

However, the two love birds met in Ghana in 2018 when Stefflon Don attended a musical show after missing her flight. She watched Burna Boy perform and they met thereafter and their love story began.

Nonetheless, Burna boy used to be in a relationship with Jo Pearl, a British lady, and the relationship is believed to have lasted for two years.

Burna Boy is a top Nigerian artist and he is climbing the ladder to rank among the richest artist in securing the 7th spot. Burna Boy Net Worth is estimated to be $17 Million according to Forbes 2022. This means he can live a luxurious lifestyle that befits a top-ranking musician.

As such, this led us to investigate into his lifestyle, to find out some of the things he spends his money on. We noted that he has a fleet of expensive and luxurious vehicles just like every other successful music artists.

It is of no doubt that Burna Boy is a lover of cars going by the array of car collection in his garage.

Also, we know he has some houses even though not all are open to us for now. However, he has a house in the United States of America Burna in the highbrow area of Beverly Hills. While in Nigeria, he owns a mansion located in Lekki, one of the best settlement areas in Lagos state.

Burna Boy is undoubtedly one of the successful music artists in Nigeria. He has been relentless and consistent since he began his professional music career in 2010. Interestingly, his hard work has not gone unnoticed having scooped home tons of awards including several nominations within Nigeria, Africa and the world.

Below is a highlight of some of the awards won by Burna Boy since the inception of his professional music career.

On the 14th of March 2021, Burna Boy won the Grammy award for the Best Global Music Album for his album Twice as tall after being nominated twice, with Wizkid winning the Best Music Video “Brown Skin Girl” by Beyonce.

Burna Boy fans are not left out as they crave to connect with him either by having his contact or following him on social media. So, to help all of you out there who are Burna Boy’s fans, we have included his contact information as well as the social media platforms where he is present.

We couldn’t get Burna Boy’s contact number as at this time but we will sure try to make it available during the review of this topic. Nonetheless, you can catch up with interest, likes, and news surrounding this celebrated Nigerian musician.

10 Richest Musicians in Nigeria and Their Net Worth 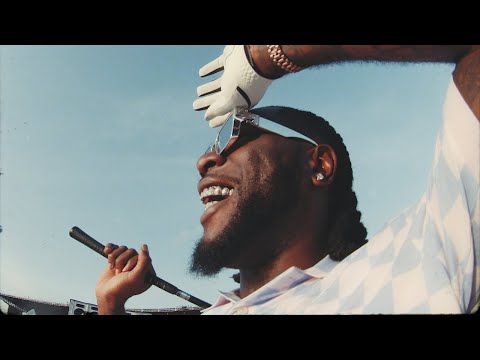 Burna Boy has enjoyed a successful music career and has risen to the rank of top-flight Nigerian music artist producing entertaining music and making a huge fortune as well as bagging awards. His huge net worth according to Forbes estimated to be $17 Million puts him among the richest Nigerian musician.

What is Burna Boy’s net worth?

Burna Boy’s net worth according to Forbes is estimated to be $17 Million. His huge net worth is gotten from sales of music albums, live concerts and music tours, and through monetized social media platforms (i.e., YouTube).